Our blog
Home › how › How to Automate A House? Smart Home Automation Systems 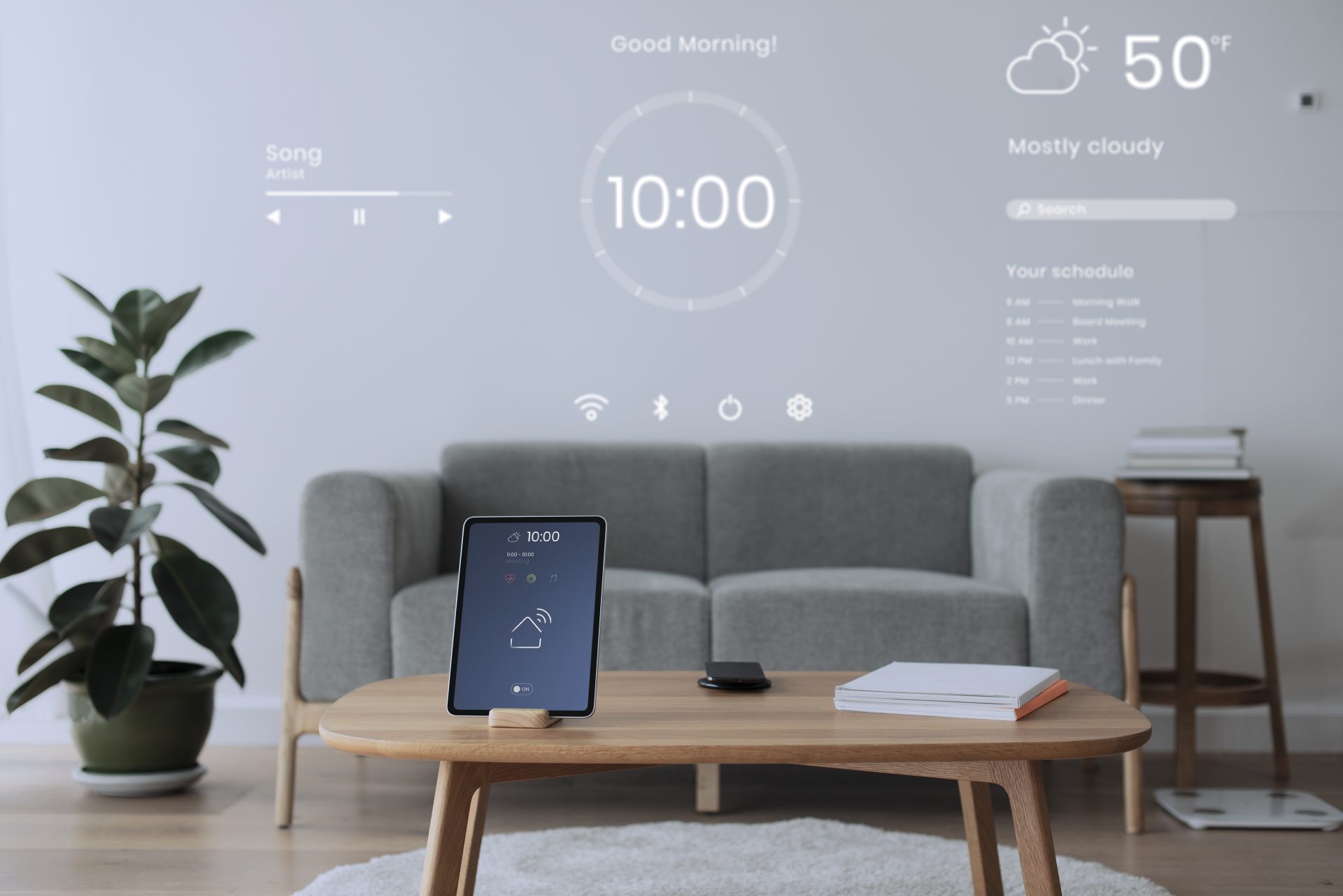 In recent years, smart home automation has become increasingly popular both in new and old buildings, and homes and offices are rapidly converting to smart systems. With smart home systems, most technological devices in the house, work automatically. Home automation not only makes life easier but also saves a significant amount of energy.

What Is Smart Home Automation?

Smart home automation refers to automatic control of electronic devices in the home. All devices included in the system can be controlled remotely via an internet connection. Devices in a home automation system can interact and send commands to each other. Therefore, these devices and their functions do not require to be manually controlled via an application or voice assistant. For example, lights can be programmed to turn off at bedtime, or the thermostat can be turned on 1 hour before you get home from work. Home automation both makes life easier and allows for lowering electricity expenses thanks to its high energy-saving advantage.

Internet of Things and Home Automation

Home automation systems consist of devices that can connect to the internet on their own. Remote control of the devices included in the system is possible only in this way. In addition, in automated homes, the devices are constantly communicating with one another. For example, motion sensors that sense movement at an unusual moment can send commands for the cameras to rotate in the direction of movement. The security system can alert the host via the application if there is an unexpected activity in front of the house and transmit the image captured by the cameras instantly. Moreover, it is not necessary to make an adjustment because smart home systems can process the data they collect and learn your routine. When an activity outside this routine is detected, the systems react immediately.

How Does Smart Home Automation Work?

Smart home automation works over a network of devices that connect to the internet through various communication protocols such as Wi-Fi, Bluetooth, Zigbee, and more. Devices connected to the network can be controlled remotely through a voice assistant such as Amazon Alexa, Google Home, or an app. Most of these Internet of Things devices have sensors that monitor changes in motion, temperature, and light so that the user can get informed about the surroundings of the device.

Sensors use the data they collect to generate an output signal and send commands to the relevant system. Light sensors, for example, can send a command to open or close the curtains based on daylight intensity. Sensors are only commanded when necessary. Therefore a lot of energy is saved because the systems to be turned off when they are not needed.

Monitoring: Monitoring means users can remotely control their devices through an app. For example, smart home residents can utilize a smart security camera to watch their property in live.

Control: Control refers to the ability of the user to operate these devices remotely, like changing the angle of a security camera to see more of the living area.

Automation: Automation means that devices are set to trigger each other, such as when a security camera detects movement, the alarm going off.

The distinctive feature of home automation is remote control via a mobile app or voice assistant.

Mobile App: Mobile smart home apps are where users schedule, create smart device groups, and customize device settings. Mobile apps allow you to view the status of all devices connected to the smart home automation system through a user-friendly interface, adjust their auto-settings, or manually control devices in real-time.

Voice Assistants: Voice assistants are the most important and most demanded remote control products in the home automation market. It is possible to control the smart home just using voice commands, without the need for an interface. For example, to turn on the kitchen light, it is enough to say “Alexa turn on the kitchen lights”. Most IoT devices work with one of three voice assistants: Amazon Alexa, Google Assistant, and Siri.

Wi-Fi: Wi-Fi is by far the most common control protocol. Wi-Fi devices use the internet provided by the home’s internet service provider to connect to the network. This may slow down internet speed, especially if there are multiple home automation controllers used at the same time.

Z-Wave: Z-Wave is a wireless network technology that does not interfere with the Wi-Fi network at home. It is the most preferred standard after Wi-Fi due to its easy installation.

Zigbee: Similar to Z-Wave, Zigbee is a network and open-source universal language that enables the Internet of Things devices to communicate. Although it was originally created for commercial use only, it is now used in commercial, industrial, or domestic automation systems.

Thread: Thread is another wireless network communication protocol based on the IP address open standard. It allows devices to connect to each other and to the cloud.

Wi-Fi connection is sufficient for most homes, but switching to a network like Z-Wave or Zigbee is required for more advanced, fully automated smart homes.

How to Automate A House?

Installing the home automation system is actually much easier than it looks. Smart home automation can either be installed in a house during the construction phase or integrated later. Here are the steps to follow to turn the house into a smart home:

Smart home hub: First, choose which smart home hub you want to use. Then determine which voice assistant you want to use or which devices will work in the system based on the selected hub. You can launch the home automation systems after determining which voice assistant to use, but it should be noted that you must purchase a smart speaker or smart screen compatible with the hub to use the system.

Devices: In the next step, you should determine and purchase the devices that you will use within the home automation systems. For example, bulbs, curtains and blinds, small home appliances, garage door, security system, irrigation system, cooling and air conditioning systems, etc.

Installation: This is the step of placing IoT devices where they are needed. Most of your devices have a do-it-yourself setup. This means that you can install the device by yourself for free. However, some brands require professional installation for smart security systems. Therefore, installation expenses may occur.

Customize settings: The final step after the installation of smart home automation is to customize the integrated smart home system to the user’s specifications. In order for the systems to provide the expected comfort, it is necessary to program the functions according to personal preferences and determine the intervals in which the devices will be activated.