Our blog
Home › how › What Is Internet of Things? How Does It Works? 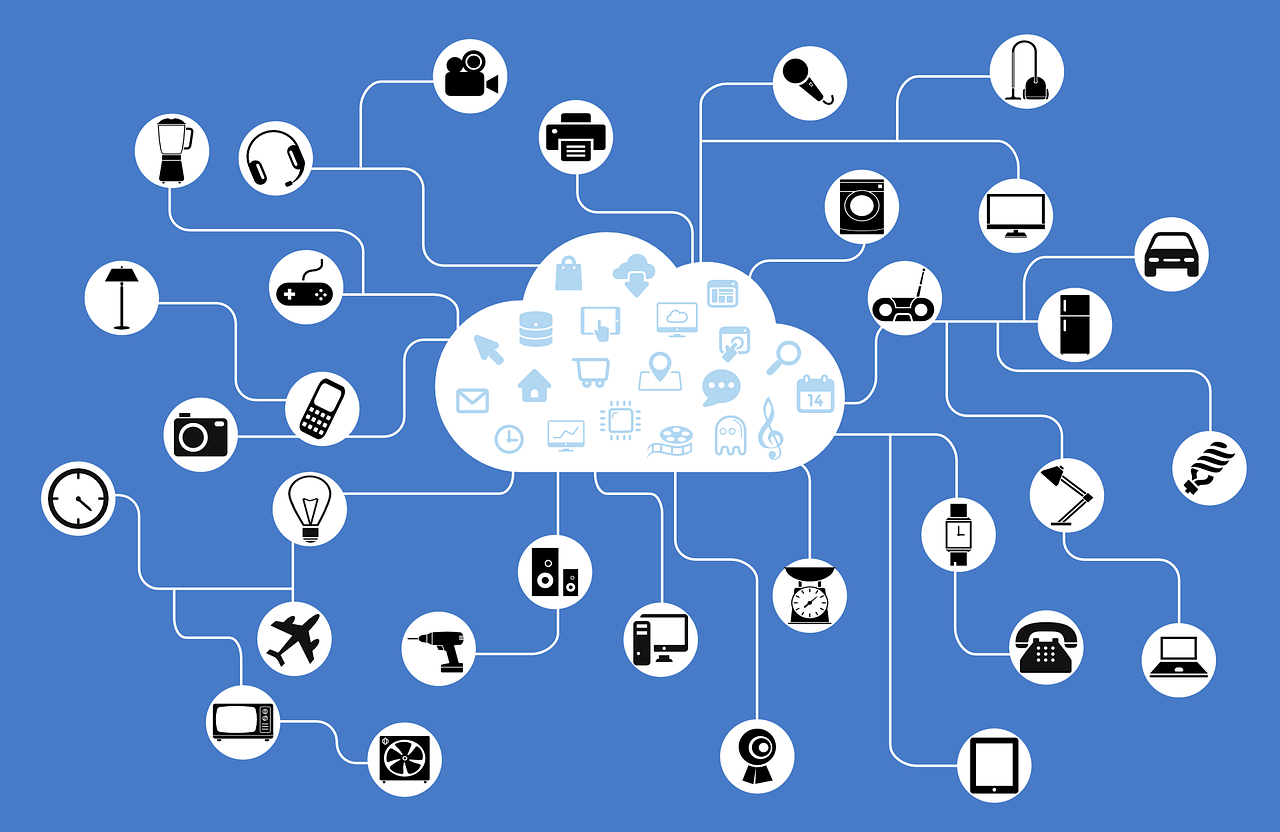 What Is Internet of Things? How Does It Works?
23 November 2021 |By: kboxsolutions |In: how, smart systems, what | Tags: internet of things, iot | No comments |

Today’s advanced technology makes it possible for machines to communicate with each other just like humans. Thanks to this technology called the Internet of Things, devices that exchange information continuously make life very easy for people. So what is Internet of Things?

What Is Internet of Things?

The Internet of Things (IoT) is a network of interconnected, internet-connected objects that may collect and transmit data across a wireless network without human intervention. Although it may seem complicated by definition, it is a structure that we are witnessing more and more frequently these days.

IoT devices are billions of physical devices that are currently connected to the internet and collect and share data. Because of the low cost and development of computer chips, as well as the widespread availability of wireless networks, it is possible to make everything from devices as small as pills to technologies as big as airplanes part of IoT. The devices connect to each other via the Internet of Things by adding sensors and a Wi-Fi adapter to smart home devices. This system is included in the smart home system with real-time data. The IoT is a system that combines the digital and physical universes to make the fabric of the world smarter.

If every physical device imaginable has the technology to connect to the internet, it can be converted into an IoT device that can provide information or be remotely controlled. For example, a light bulb, motion sensor, smart thermostat, or street lamp that can be turned on using a smartphone app could be an IoT device.  IoT devices cover a wide range of devices, from a home air conditioner to unmanned vehicles.

The term Internet of Things is often used to describe devices that are not expected to have an internet connection and can communicate with the network regardless of human intervention. Not every technological device is an IoT device. Computers and smartphones, for example, are often not considered IoT devices. However, wearable technology products such as smartwatches, household appliances such as refrigerators or coffee makers, automobiles, smart screens, medical devices, and all other devices that can connect to the internet can be counted as IoT devices.

How Does Internet of Things Work?

IoT systems collect and analyze up-to-date data using embedded systems such as processors, sensors, and communication hardware. These devices communicate with other devices to which they are connected and act on the information they receive from each other. Devices do most of the work without human intervention, but people can interact with the devices, for example, to set up them, instruct them or access the data.

The Brief History of Internet of Things

The idea of adding sensors and intelligence to everyday things was discussed throughout the 1980s and 1990s, but no clear results or products were achieved except for some pioneering projects, including an internet-connected vending machine. The term Internet of Things is only 16 years old, but the original idea of connected devices has been used at least since the 70s. At the time, the concept was often referred to as ‘embedded internet’ or ‘common computing’.

The actual term ‘Internet of Things’ was suggested by Kevin Ashton during his work at Procter&Gamble in 1999. Ashton, who works in supply chain optimization, wanted to draw executives’ attention to an exciting new technology called RFID (radio-frequency identification). Ashton titled his presentation ‘The Internet of Things’ in 1999 because he thought it was appropriate as the internet was just becoming popular.

Although Kevin drew the attention of some P&G executives at the time, the term ‘Internet of Things’ did not catch on for the next 10 years. The name Internet of Things was later mentioned in some academic articles, and with the introduction of the concept of Industry 4.0, it spread rapidly.

What are the Uses of the Internet of Things?

In everyday life, the IoT is most typically seen as wearable technology. This category includes smartwatches, technological devices placed in accessories and clothes, and even body implants and electronic tattoos. The IoT is also gaining a place in many devices and machines based on personal consumption, such as smart cars, smart bicycles, smart televisions, and increasingly becoming widespread among the devices we use in our daily lives.

Media and security systems, as well as lighting, heating, and air conditioning, are all smart home systems with the Internet of Things. IoT applications used in smart home systems save energy by turning off inactive devices. Many smart homes are built around a central hub that connects to smart devices. The system is usually controlled from a smartphone, tablet, or computer, sometimes without the need for a Wi-Fi bridge. Once installed, these systems can be controlled by a control center such as Amazon Alexa or Google Home.

IoT applications are frequently used in disabled, sick, and elderly care. Internet-enabled devices can be of great service to the elderly or disabled by improving their quality of life. For example, voice-controlled devices can help users with vision or mobility impairments, and warning systems for hearing impaired users can be connected directly to cochlear implants. Sensors can also monitor medical emergencies such as falls, arrhythmia, high blood sugar levels.,

The Internet of Things can be used for a range of different medical and healthcare purposes, including data collection and analysis for research and patient monitoring. When used in such environments, the Internet of Things is called the Internet of Medical Things or shortly IoMT. IoMT, also known as smart healthcare, connects resources and services to provide a digitized healthcare system that can monitor health and emergency notification systems, including blood pressure and heart rate monitors, pacemakers, and advanced hearing aids. Medical Internet of Things devices include imaging devices, laboratory equipment, even smart beds used in hospitals. Smart beds that can detect if a patient is trying to get up can be adjusted automatically to ensure that the patient receives the proper pressure and support.

IoT devices can monitor and control various types of buildings, including mechanical, electrical, and electronic systems. The integration of the Internet with buildings creates smart buildings that can help reduce energy consumption and lead a more comfortable life by monitoring the behavior of the residents.

Industrial Internet of Things or IIoT devices provides the collection and analysis of data from equipment, technologies, and locations. IIoT also allows automatic updates to ensure efficiency and reduce maintenance and repair costs. In this way, both time and money spent on maintenance are saved.

The Internet of Things uses are quickly spreading around the world. In the near future, it is predicted that all technological instruments, from simple devices used in our daily life to heavy machinery used in the industry, will be included in the system with an internet connection. As a result, the coffee machine in our home will be able to send data about our coffee consumption habits to machinery in the coffee bean processing plant. As the Internet of Things technology spreads, life is expected to be more comfortable, individualized and easy for people.