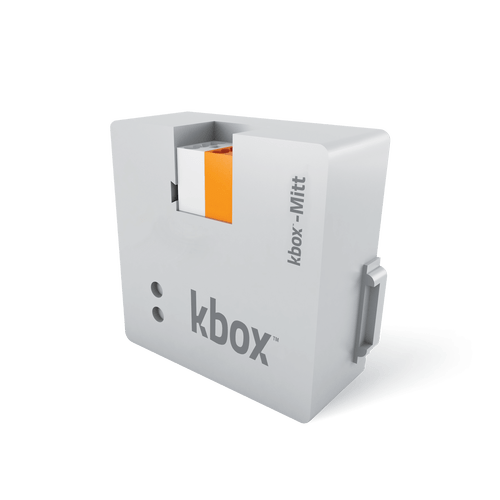 The term KNX, which is frequently used in the context of smart home systems, refers to an open-source system protocol that is valid in 190 countries and supported by over 500 technology manufacturers. Although this is a concise answer to the question “What is KNX?”, the KNX protocol, which brings advanced technology to our living spaces all over the world, has a much more comprehensive structure.

In this article, we will attempt to answer the question “What is KNX?” as well as explain the different types and applications of KNX gateway devices.

KNX is a system protocol for smart home and building automation. This protocol, which is globally valid, aims to integrate technological devices with smart home systems of any brand and to provide ease of use in advanced technologies.

For each action in smart homes and buildings, the KNX gateway devices enable the integration of equipment such as air conditioning, curtains, lighting, etc. into the smart home that is not specifically produced for smart usage purposes. In this way, smart homes achieve maximum comfort and energy savings.

KNX has proven itself to be a global standard for smart home automation according to EN 50090 and ISO/IEC 14543. One of the most significant advantages of KNX is that it allows remote configuration. A KNX gateway provides this by transmitting control commands directly to lights, blinds, heating, and ventilation systems. KNX technology has been a standard for smart home automation for over 20 years with these advanced abilities.

Developed as an open-source standard, KNX technology provides a consistent, user-friendly interface for all types of home and building automation, from residential to commercial. KNX can connect a large number of devices and systems due to its broad range of application fields. For instance, a networked system consisting of lighting, shading, and HVAC can be easily controlled from a single controller in accordance with user requirements in the building.

Sensors and actuators are the separate components of a KNX gateway system. Sensors like thermostats, switches, and wind gauges generate commands. Actuators also trigger generated commands. As a result, separate system components do not need to be connected to the network. This significantly reduces the amount of wiring required.

In Which Areas Is KNX Used?

With KNX infrastructure, all kinds of manual or autonomous controls such as lighting, curtains/blinds, air conditioning, central monitoring and control, security, time-based controls, daylight-related controls, key control permits can be performed in all indoor living areas from a small house to a large airport. For example, the KNX gateway is used on smart home air conditioning control so that the air conditioner can be controlled from home or remotely. The KNX lighting gateway is used to control the lights in a house or building.

It is possible to predict that in the future, creative solutions will be produced for the integration of KNX systems with smart home systems, smart network infrastructures that do not exist today will be created, and KNX systems will be spread over a much wider area. With technology innovation advancing at such a rapid pace, KNX systems will adapt quickly to new technologies and keep themselves up to date.

It is possible to transmit data to various media protocols via KNX using convenient gateways. The types of KNX gateway devices and the data that is possible to be transmitted can be seen below:

What Are the Features of the KNX Cable?

The most commonly used cable in the smart home KNX system is a two-wire (twisted double) control cable parallel to the 230V power cord. The KNX cable basically has two functions: the first is to establish communication between sensors such as switches and thermostats, and the second is to ensure smooth power transmission as well as energy savings.

Since the cable structure is generally the same as that used in fire systems, it is possible to ensure smooth data transfer for KNX by using fire system cables.

If you think you have not received a detailed answer to the question “What is KNX?”, you may contact us and get more detailed information about the technical features of our products.

What Are the KNX Gateway Types?

You may check out the types of gateways designed by KNX that are integrated with smart home systems below:

M-Bus Master is designed for use in KNX installations for home and building automation.

M-Bus is the European standard designed for remote control of water, gas, or electricity meters.

DALI is a device that works as a gateway (protocol converter) between the KNX (TP) network and DALI lighting systems. It renders configuration as desired via ETS tool or custom PC software application and integrated ethernet communication port.

DALI is designed for use in KNX installations for home and building automation.

Modbus RS485 Master is a device that operates as a gateway (protocol converter) between an RS485 serial network with the RTU protocol and a KNX (TP) network. Modbus uses the RTU network.

The Modbus RTU protocol uses serial communication protocols organized according to master/slave architecture. It is one of the most widely used KNX gateway devices due to its simplicity and reliability.

The simplicity and reliability are ensured with the 16-bit CRC (error control mechanism) used for the secure transmission of messages sent in two-bit data.

Modbus TCP/IP Master is a device that operates as a gateway (protocol converter) between an ethernet network with the RTU protocol and a KNX (TP) network.

As kbox, we are proud to present you our kbox-Mitt, kbox-Dkn, and kbox-Smg products, which we created with inspiration from the future and as a result of our R&D studies on KNX gateway systems, which are groundbreaking in the field of smart home air conditioning control. Contact us now to get detailed information on our products!

1 response on “What Is KNX? Smart Home Automation Standards”